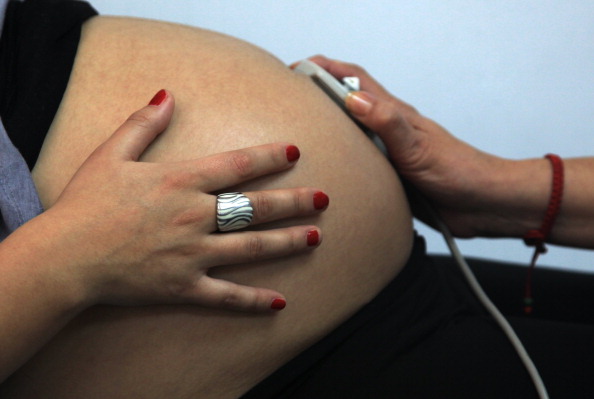 Descrizione: Rayen Luna Solar, 27, 33-week pregnant, is seen by a midwife in a routine checkup, in Santiago, on July 13, 2012. In Chile 38 percent of the births are carried out by caesarean section --with up to 60 percent in private hospitals-- the third highest rate in Latin America, following Brazil and Mexico, and is the country's most frequent surgery. AFP PHOTO/Claudio Santana (Photo credit should read CLAUDIO SANTANA/AFP/GettyImages) 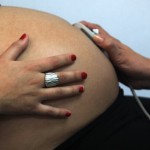