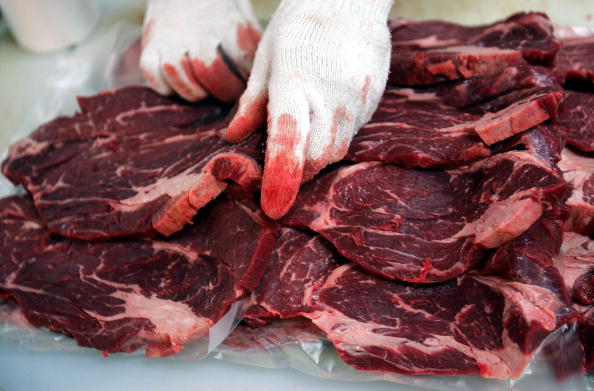 Descrizione: SEOUL, SOUTH KOREA - NOVEMBER 27: An employee prepares imported U.S. beef at a store on November 27, 2008 in Seoul, South Korea. The import of U.S. beef, which is sixty to seventy percent cheaper than Korean beef, had been suspended for 13 months due to the discovery of banned backbones in import shipments. (Photo by Chung Sung-Jun/Getty Images)