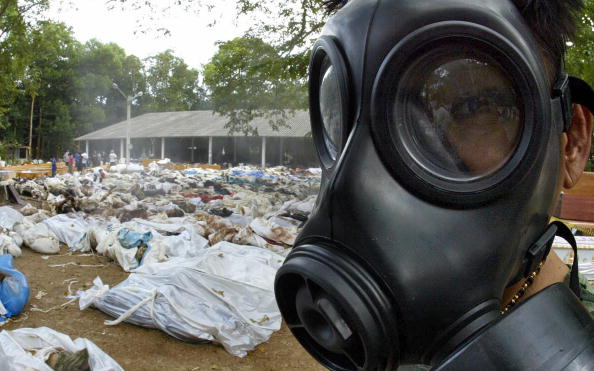 Titolo: A masked man moves to spray the dead bod

Descrizione: KHAO LAK, THAILAND: A masked man moves to spray the dead bodies to kill the bad smell at a temple where some 600 bodies are piled up in Khao Lak, north of the devastated Thai tourist resort island of Phuket, 29 December 2004, following the massive tsunami that slammed into the Thai coastline 26 December. Almost 4,100 people -- at least half of them Western holidaymakers -- are officially listed as missing and 1,657 were dead after the tidal waves ripped through beach resorts and coastline in Thailand. AFP PHOTO/ Saeed KHAN (Photo credit should read SAEED KHAN/AFP/Getty Images) 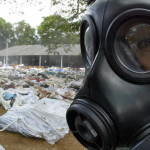