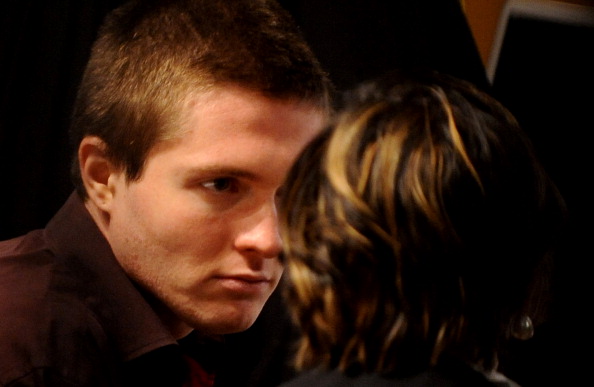 Titolo: The former boyfriend of US defendant Ama

Descrizione: The former boyfriend of US defendant Amanda Knox, Raffaele Sollecito (L), talks with his lawyer Giulia Bongiorno on June 18, 2011 in court in Perugia before his appeal trial. Knox and Sollecito were sentenced in December 2009 to 26 years and 25 years in prison for the murder of her British roommate Meredith Kercher in a drug-fuelled sex game that turned violent. She has repeatedly protested her innocence. She is currently appealing the sentence, claiming that key forensic evidence used to convict her is unreliable and should be rejected. Sollecito is also appealing the conviction. AFP PHOTO / TIZIANA FABI (Photo credit should read TIZIANA FABI/AFP/Getty Images) 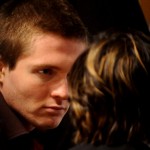