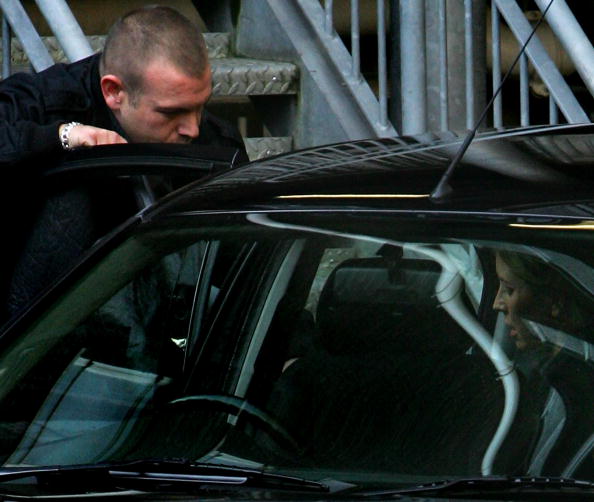 Descrizione: LONDON - OCTOBER 11: Heather Mills McCartney (R) arrives at the back door of the Family Division department at High Holborn on October 11, 2007 in London, England. Sir Paul McCartney is also expected return to the High Court today for the latest proceedings of the couple's divorce hearing, where the amount of the financial settlement is due to be contested. With the former Beatle's fortune estimated at over ?800 million, the divorce case is likely to become the most costly in British legal history. The estranged couple attended a previous hearing at the same court in March 2007, following their formal announcement in May 2006 that their 4 year marriage had ended. (Photo by Cate Gillon/Getty Images)