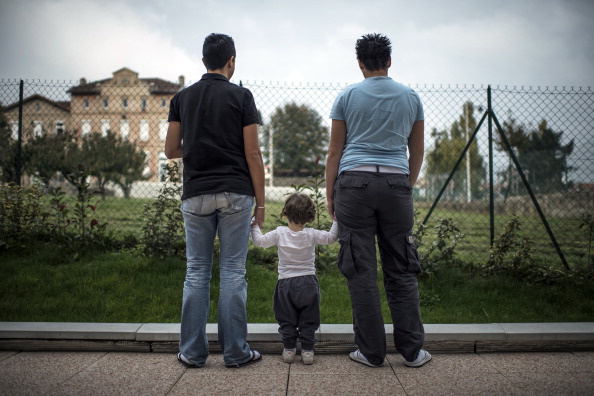 Descrizione: Two French lesbian policewomen, Raphaelle and her companion Fabienne pose with one of their three children, on October 24, 2012 near Lyon, in eastern France. Raphaelle and Fabienne had two twins, born in early 2010, for which Fabienne intends to obtain from the courts a right to "paternity leave", which has been denied so far by the officials from the police department. An amendment to a proposed law which aims to fund the Social Security healthcare system and which will be examined by Parliament on October 25 or 26, proposes transforming paternity leave into a "child birth leave", which would be bestowed regardless of a person's gender. AFP PHOTO / JEFF PACHOUD (Photo credit should read JEFF PACHOUD/AFP/Getty Images)