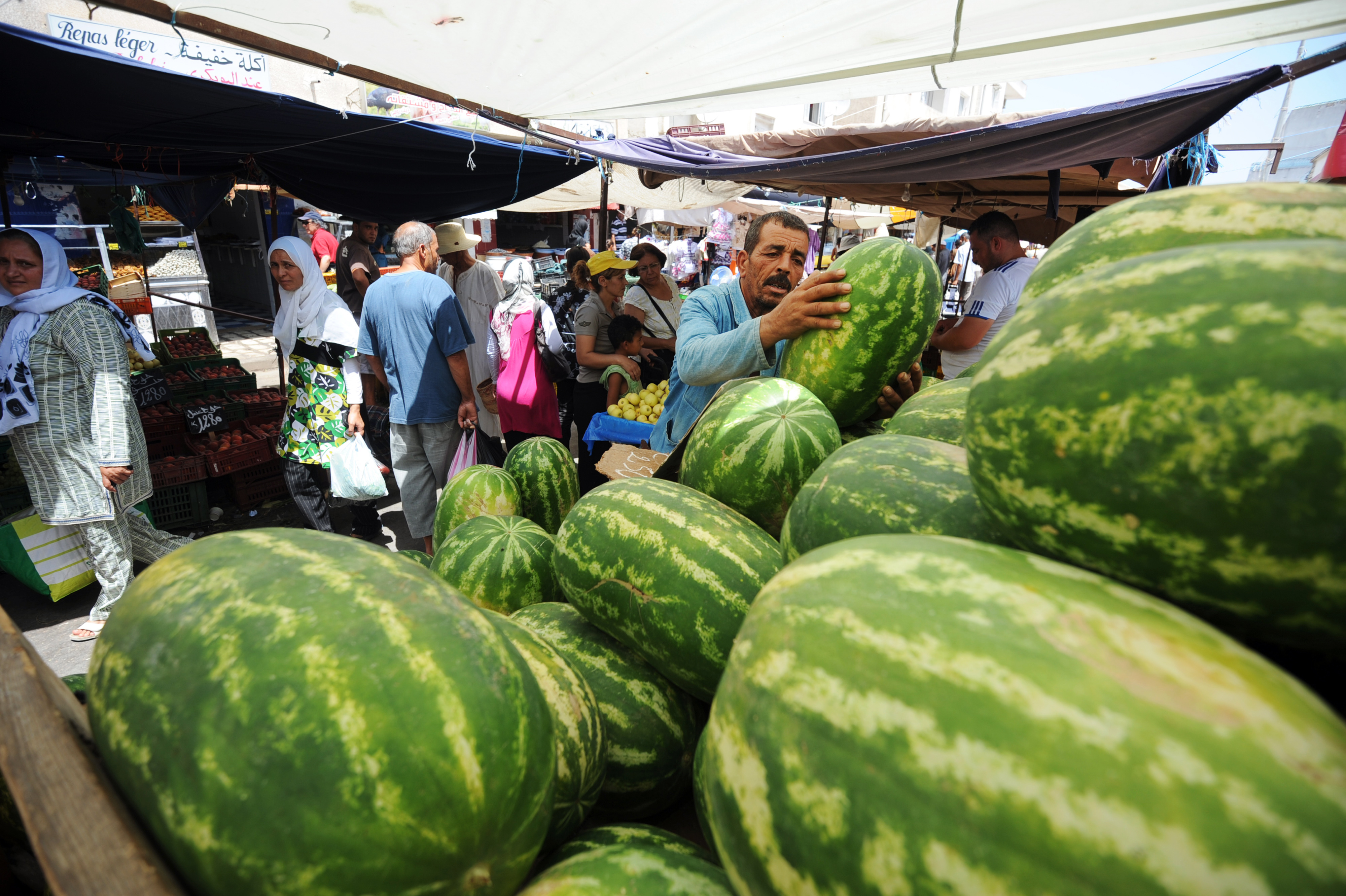 Titolo: TO GO WITH AFP STORY BY KAOUTHER LARBI A

Descrizione: TO GO WITH AFP STORY BY KAOUTHER LARBI A vendor stacks watermelons at Ariana souk on August 2, 2012 in Tunis. It is Tunisia's first Ramadan under an Islamist government, which promised to rein in food prices when it came to power seven months ago, but has yet to do so. Poor Tunisians are struggling to cope. AFP PHOTO / FETHI BELAID (Photo credit should read FETHI BELAID/AFP/GettyImages) 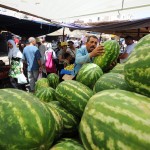