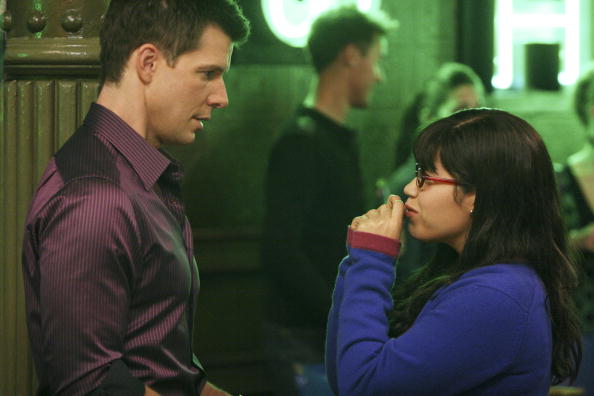 Descrizione: UNITED STATES - DECEMBER 26: UGLY BETTY - "A Thousand Words by Friday" -- "A Thousand Words by Friday" - Betty gets an assignment from Daniel to interview "Phil Roth," thinking it's a sit down with the great novelist, but later learning this Phil Roth is a writer who has penned a series of books about picking up women. Meanwhile Daniel hooks up with a sexy new lady, Renee (guest star Gabrielle Union), only to learn they have a shocking connection to each other, and Amanda and Marc hatch a plan to reach out to the man they believe is Amanda's biological dad, on "Ugly Betty," THURSDAY, JANUARY 24 (8:00-9:00 p.m., ET) on the ABC Television Network. Gene Simmons of KISS appears as himself. (Photo by Michael Desmond/ABC via Getty Images) 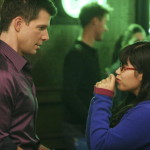