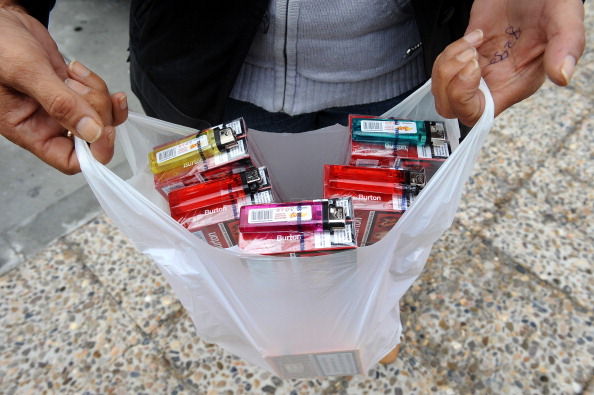 Descrizione: A man shows cartons of cigarettes in a bag as he leaves a tobacconist's shop in the Spanish city of Les, located at the French-Spanish border on september 30, 2012. The tax on manufactured cigarettes as well as roll-your-own will go up by 6.5 percent on October 1st, 2012 in an increase that hasn?t been seen in France since 2004. The tax hike translates to 40 cents more per pack, with the cheapest at 6,10 euros and the most expensive coming in at more than seven euros. AFP PHOTO / REMY GABALDA (Photo credit should read REMY GABALDA/AFP/GettyImages) 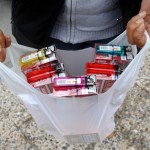