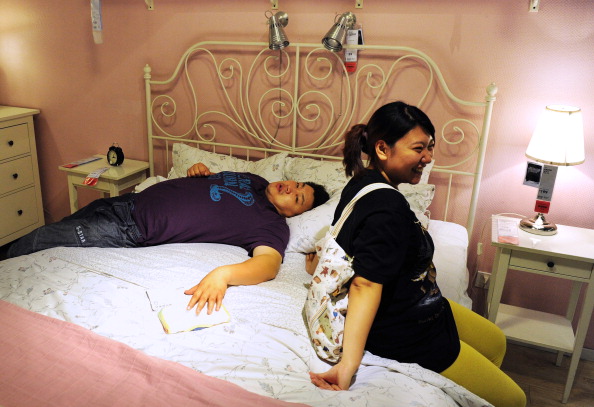 Titolo: A Chinese couple test a display bed at a

Descrizione: A Chinese couple test a display bed at an Ikea frurniture store in Beijing on August 15, 2011. Asia, including China and India, will be vulnerable if the US and Europe slip into another recession, Singapore Prime Minister Lee Hsien Loong said in his annual policy speech, Lee warned it was possible the world would sink into another recession because of the debt crisis in Europe and the United States' economic woes that led to a landmark downgrade by Standard & Poor's of the country's top-notch credit ratings. AFP PHOTO / Mark RALSTON (Photo credit should read MARK RALSTON/AFP/Getty Images) 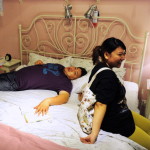