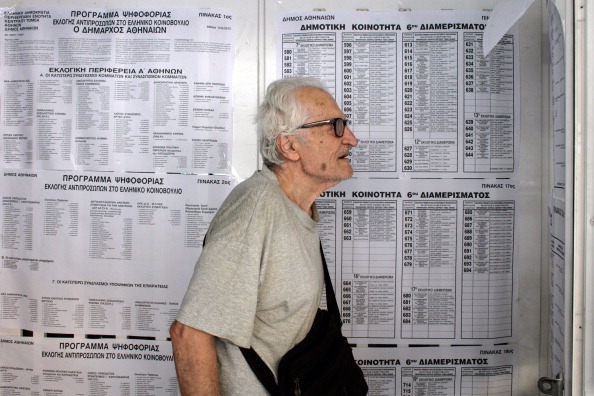 Descrizione: ATHENS, GREECE - JUNE 17: An elderly Greek voter checks details of which polling station to attend in the general election on June 17, 2012 in Athens, Greece. The Greek electorate go to the polls in a re-run of the general election after no combination of political parties were able to form a coalition government. Recent opinion polls have placed the anti-bailout party 'Syriza' equal in popularity with the pro-bailout 'New Democracy' in a vote which could determine whether Greece retains the Euro as its currency. (Photo by Milos Bicanski/Getty Images)