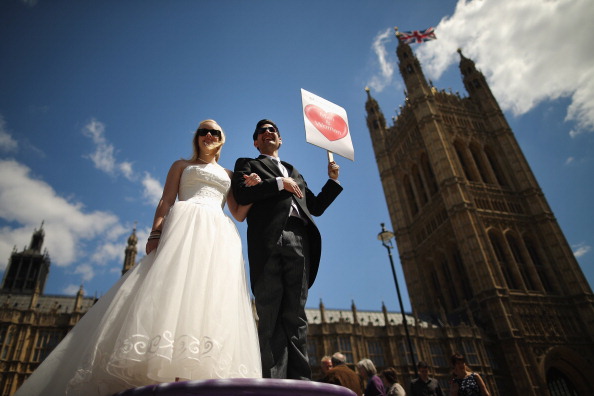 Descrizione: LONDON, ENGLAND - JUNE 03: Proponents of single sex marriage dressed as a bride and groom, Carrie Hardy, and Martin Etchart of Argentina, stand outside the Houses of Parliament on June 3, 2013 in London, England. A government bill allowing same sex marriage in England and Wales was passed in the House of Commons last month, despite the opposition of 133 Conservative MP's. The bill will be debated later today in the House of Lords. (Photo by Dan Kitwood/Getty Images) 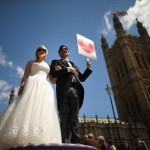